Police officers have an enormous amount of responsibility and often times make physical contact with those who have broken the law in order to apprehend the lawbreaker. However, there are cases that during an arrest or moment of physical contact, a police officer can make too much physical contact. Whether this act of physicality was intentional or not, the act was still reckless and is a breach of the officer’s duty. In some cases in which a police officer has physically harmed an individual, the act could potentially lead to a pursuit of a personal injury claim and could require a Boston personal injury lawyer.

While one may believe that any instance in which a police officer has caused physical harm to an individual that they were arresting could lead to a personal injury case, that is not accurate. If a police officer is carrying out their duties as an officer of the law properly, they are immune from lawsuits. That is not always how police and criminal interactions pan out and there can be an act of abuse of authority in which the police officer deprives the party being arrested of his or her rights which can be a violation of constitutional rights.

Instances of Injuries Caused by Police

During moments of physicality between an officer and the involved party, injuries are typically caused during events of excessive force or car crashes stemming from police chases. The amount of force that an officer is permitted to use depends on the circumstances of the case they are working. A degree of force that is deemed excessive in one scenario may not be excessive under different circumstances. Even in cases in which an arrest is warranted, the amount of physical force must not exceed that which is necessary for the particular case. Even in situations in which excessive force was utilized, the intentions of the officer are not a deciding factor. If an officer meant well but used too much force or had improper motivation, that does not render as an appropriate reason for excessive force.

Outside of car chases, police officers can cause injury or harm by not providing an individual in custody with appropriate medication which leads to injury or potentially death. As with any case of injury caused by a police officer, each case depends on an evaluation of reasonableness under the circumstances. Due to this, it is crucial to have an experienced Boston personal injury lawyer on the side of the victim to determine if a police officer is or is not liable for their injuries. As with other cases of personal injury, those who have suffered as a result of liable police action, the victim can indeed receive compensation. Whether the negligence comes in the form of physical injuries or psychological damage from witnessing a police officer abusing their power, a Boston personal injury lawyer can assist the victim.

Due to the complex relationship between government immunity for the police and the city, state, and federal laws, claims for injury against a government agency must be first filed against the entity and the claimant must file a Notice of Claim within 90 days of the incident. Parker Scheer LLP understands the steps required to file a personal injury claim against a government agency and are prepared to offer victims step by step assistance throughout the entire legal process. 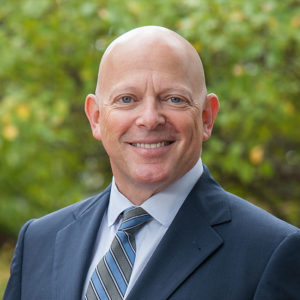 By: Eric Parker
Eric J. Parker, the Managing Partner of Parker Scheer LLP, has over 30 years’ experience representing victims in complex personal injury cases. He is active in many legal associations and has won many awards for performance and principles. Eric believes in giving back to the community and supports young scholars and law students by acting as faculty and mentor to them.

More from my site

MENU
CALL US NOWEMAIL US NOW